The start of Advent is a good time to check in with God. He seems to have been away for much of 2016, but dropped in this morning, summoned by this plaintive tweet. 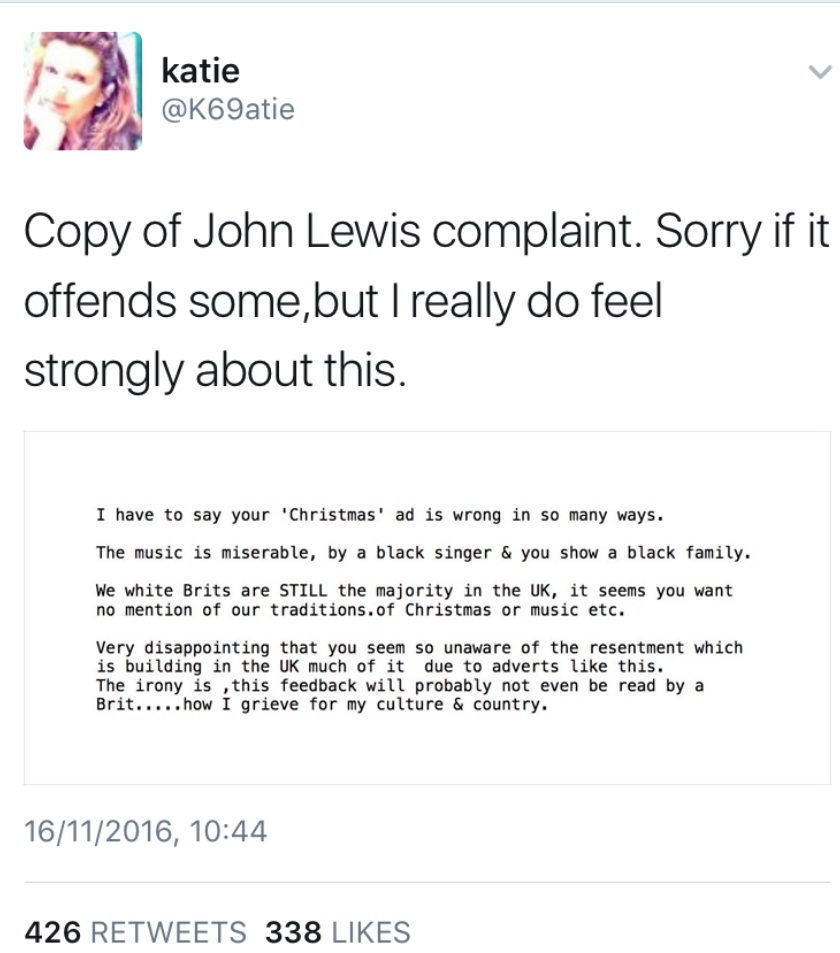 He clapped his hand to his forehead (that’s why it’s so cold, and why my boiler was condemned yesterday) and went back to his cloud, where he’s sitting with the angels, revisiting his original plans, asking why we have to make such a mess and lamenting that free will seemed like a great idea at the time.

I have struggled with God, particularly this year. He’s taken people without whom the world is poorer, and left others in control whose policies and beliefs I find terrifying. Increasingly often, I see ‘Because I am a Christian’ used to justify things from which I disassociate myself completely. Gay conversion therapy. Carrying a gun. Forcing a woman with a dying baby inside her to carry that baby to delivery. Racist responses to a seasonal advertisement. White supremacy. I don’t tend to shout my faith, because defenders of the faith tend to have very different ideas about what the faith is and to what lengths it should be defended. At its extreme, defending a faith tends to involve death. Your own if you’re wearing a suicide vest or you’re Joan of Arc. Someone else’s if you’re wearing a white hood and carrying out a lynching, or condemning inhabitants of a war zone to continue living in situ. And this seems rather ironic given that Jesus came that we should have life, and have it in abundance.

And so, this Advent, I’m going to get up to that cloud, have a word and report back. By the 24th, I’ll have all the answers. Questions include: why do you allow suffering? What did you want with David Bowie? Why does my husband have Wegener’s Granulomatosis, and why does my very dear friend have terminal cancer? What happened to the baby I miscarried in 2006? What afterlife awaits a white supremacist who lynches a black man in your name?

My faith has been a feast of fat things – I find it nourishing, sustaining, a very barque in times of trouble. To interrogate its source seems rude and ungrateful – like being invited to a banquet and cross-questioning the host about the welfare credentials of the meat. But it’s time. The planet is overheating; the most powerful man in the world doesn’t believe in climate change; we’ve had enough of experts, of kindness, of consideration, of genuine debate. Brexit means Brexit; Trump is POTUS; his running mate thinks homosexuality is evil, and to celebrate Christmas is, apparently, to be white.  If a tree is to be judged by its fruit, then God has some tough questions to answer.