You are here: Home / Blog / Any Other Business / This morning I am very angry – Again. 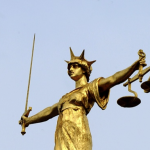 Nothing seems to wind people up as much as other people uniting the parts of their anatomy they generally keep covered with the corresponding parts of others. Or, if the universe is feeling really generous, unsubstantiated claims that parts attached to the privileged and influential are on occasion united with the mouths of dead pigs. I don’t usually get too riled about much of this. What happens between consenting adults is their affair – or their marriage, or their tentative foray into new territory, or their recovery from trauma, or their excitement or pleasure or experiment. Or initiation ritual. Whatever. Consent is the key.

But every now and then, I’m forced to realise that either my attitude is wrong, or that society is insane. I blogged about the Stuart Kerner case, in which a judge decided the pupil had groomed the teacher. Oh those dangerous, terrible girls, going round with their short skirts, low morals and wide-eyed admiration – what’s a man meant to do? See also Rochdale. Oxfordshire. Aylesbury.

Soon, I’m going to run out of blood to spit. Yesterday, another child abuse story broke – a woman of 20 babysits for a boy of 11. The woman removes the boy’s clothes and has sex with him. The boy, in court, said that he knew what had happened was wrong and that he had not enjoyed it. The boy’s father made a statement saying that the boy was sex-mad, up for it and totally unaffected. The judge said that he felt able to step outside of sentencing guidelines because the boy was mature for his age. (What evidence is there for this, other than the fact that he’d had sex? Which, incidentally, he didn’t enjoy and didn’t want.) The woman’s sentence was suspended; she walked free. As did Caroline Berriman, a 30 year old teaching assistant convicted of sex with a 15 year old pupil. The boy in that case claimed it would have been different had it been a 15 year old girl and a male teacher, but in the Stuart Kerner case it most certainly wasn’t.

A boy of eleven was forced into sex. He has been betrayed by his rapist, his father and the legal system that was set up to defend him. He joins the Rochdale girls, Stuart Kerner’s pupil, the harassed woman in the Ched Evans case and countless victims who’ve never spoken out. ‘See?’ some people cry. ‘Men get raped too!’ But this is not about gender. It’s about the responsibility of society to protect all its citizens. We’ve got the laws in place. But we’re not using them. Society already subscribes to a load of mythical bollocks about rape – men can’t resist sex; if women will go round being so irresistible/drunk/unconscious/married to the rapist/in a subordinate position and all, what do they expect. To all that, we’re now adding this: that some children (especially the poor, socially disadvantaged ones) aren’t really children at all.